In the heart of Detroit – the Mathewson family

These peopleÂ areÂ the membersÂ of the Mathewson family.Â They areÂ super gentle, full of fun and people who know the true sense of family. The warmthÂ of their heartsÂ you can feel the minute you look into their eyesÂ or see their smiles.

Even though theyÂ loved theirÂ trip toÂ Disneyworld and love to spend time with each other in the familyÂ cottage up north, they also very much valueÂ the simple things in their daily life.Â They love cuddles and taking care of each other each.

Brian believes as a parent it will force you to grow in ways you never even considered.

And they love to have laugh as you can see…..

It was wonderful to spend a littleÂ time with Jean and meet and photograph her family. Jean and I met at a conference in Los Angeles last year. She is also a photographer http://www.mathewsonphotography.com/.Â  I was absolutely thrilled when she invited me to photograph her family in Detroit, Michigan in September. I so very much hope I can come back again someday for Nate to take me to the superbowl that he talks about so fondly asÂ I have never been to a game and I would love to go to that yummy mexican restuarant again! Â I adore your family. Wow, our time together with your family at your session and dinner afterwardsÂ was only fleeting really, but the warmth of your family has touched me deeply. When I think of your family I smile big time. Sending you much love and big squishy hugs. I do so very much hope you can come to Australia someday xo

Jean says that when she is not feeling well Brian will joke her right out of it. 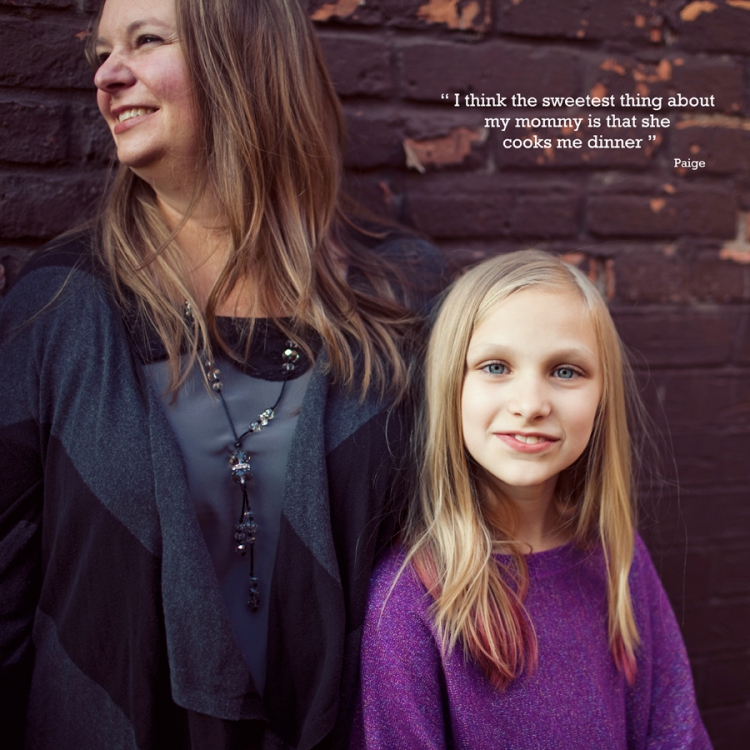 Nate says that there are lots of little things that his sister Paige does for him that really add up. Sometimes she’ll make him a meal or spend time doing stuff he wants to do. And even does his chores sometimes. He really feels loved when Paige plays baseball with him, because she doesn’t really like to play baseball. He says his sister makes him laugh when she makes funny faces. Usually she is pretty shy so it’s extra funny when she breaks out with a really crazy face.

Brian says, “EveryÂ year without exception Jean makes my birthday special. This always involves making whatever I want for dinner. BasicallyÂ treats me likeÂ king for a day!”

“We have maintained a great relationship throughout these last 20 years. There’s always a lot of compromise but mostly we just ‘get’ each other. She’s the one for me. She’s funny, witty and has a beautiful smile.” BrianÂ adds

Â Jean says “Brian is so super special. He sees people. Like, really sees them… ya know? He’s hardworking, light-hearted, and has such super strength. He would hold the weight of the world on his shoulders just to keep it from weighing down the kids and I. Brian is such a fantastic father too. He always has time for Nate and Paige. He’s happy to do the things that THEY want to do …. whether it’s a game of catch or a beach party with a few Barbie dolls…. and after that, he’s always got time for me… to hear about my day, all of my ups and downs. The three of us mean the world to him and he shows us that every day.”

« Blessing the way into motherhoodDamien and Cris »